Turn your S.S. Badger crossing into a vacation by combining it with a Lake Michigan loop driving tour!

Sailing aboard the S.S. Badger isn’t just about convenience – it can help you create a memorable Lake Michigan loop tour vacation. Officially part of the US-10 Highway, the east-west Badger route also is a shortcut for the Lake Michigan Circle Tour, cutting the usual 1,100-mile drive around Lake Michigan in half via two loop vacation itineraries around either the northern or southern half of the lake. 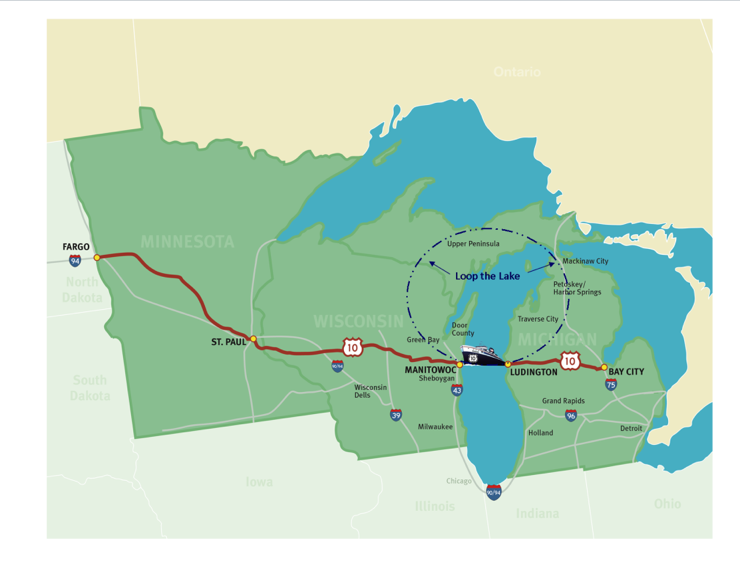 Head south from your arrival in Manitowoc on I-43, hitting the following highlights in a counterclockwise loop around Lake Michigan after first exploring Manitowoc.