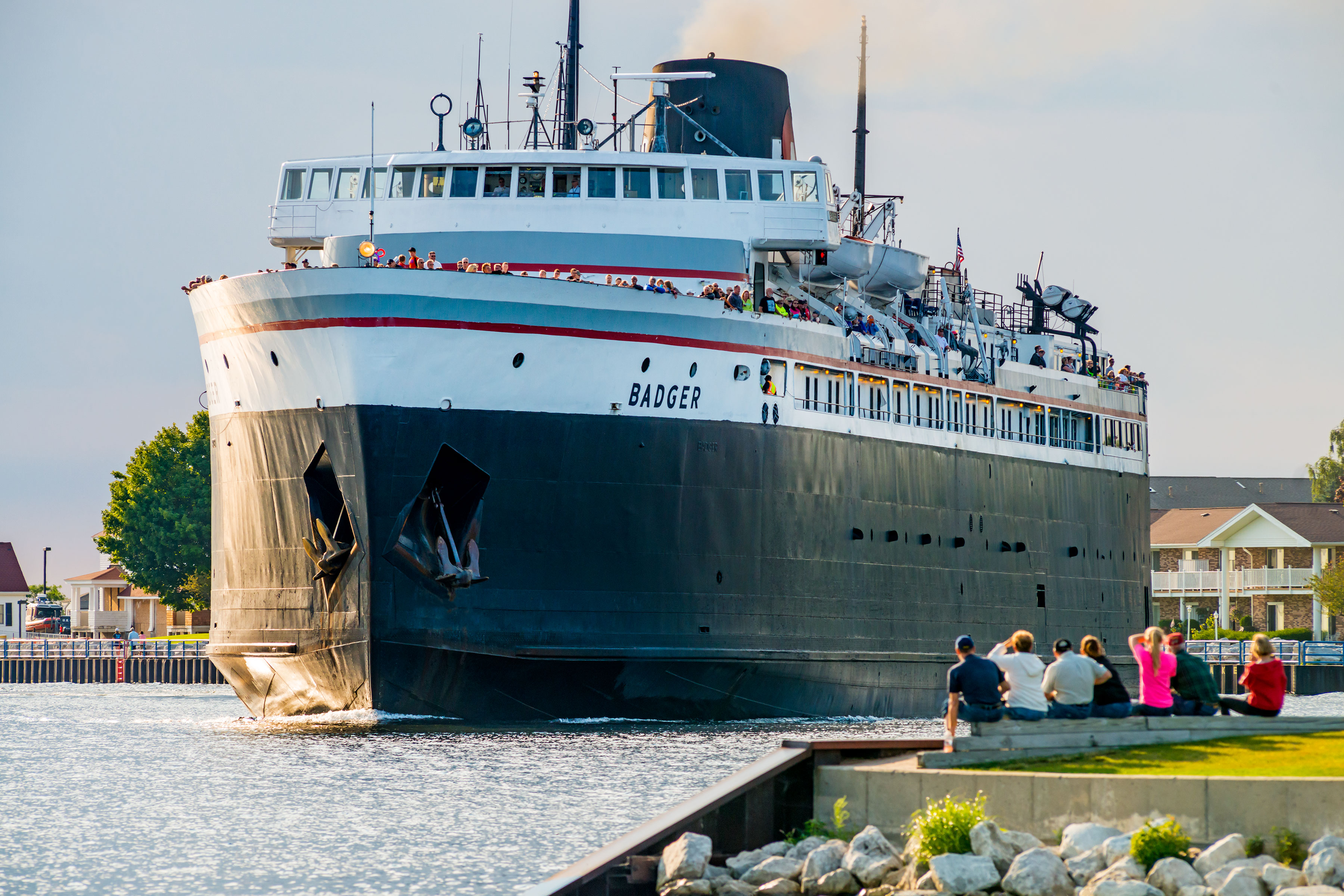 The S.S. Badger is the last coal-fired passenger steamship in operation in the United States. She has provided a fun, reliable, and affordable shortcut across beautiful Lake Michigan for more than 60 years and has transported millions of passengers since her re-birth in 1992. In 2016 she received the nation’s highest historic honor when the Department of Interior officially designated the Badger as a “National Historic Landmark.”

Her unique and bold character takes you back to a period in time when things were simpler. She is the continuation of a unique and vital maritime tradition - and we celebrate that heritage on board in fun ways that educate, and entertain.

The Badger experience allows a rare opportunity to explore a little history - and a lot of fun by taking a step back into the past on a journey that’s as important as the destination! Travel back in time while sailing into the future with us and be part of “A Legacy on the Lake.”

The first Ludington car ferry, the steel-hulled Pere Marquette, was added to the Flint & Pere Marquette fleet in 1897. Along with limited passenger accommodations, she boasted four sets of railroad tracks on her deck, allowing loaded rail cars to be shipped across the lake. This eliminated hand loading and unloading of the earlier wooden-hulled freighters and helped coin the term “car ferry.” In 1900, the F & PM merged with other rail lines to form what would become the Pere Marquette Railway Company. The new company operated cross-lake car ferry routes successfully for the first half of the century, which led to the construction of ten new vessels. 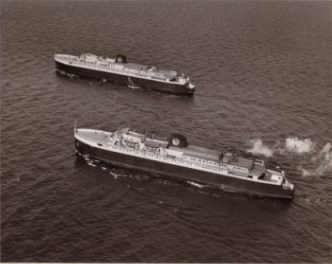 In 1947, the giant Chesapeake & Ohio Railroad absorbed the Pere Marquette Railway, and the service continued to expand for several more years. During the height of the car ferry era in the 1950s, seven ships sailed in and out of the Ludington harbor year-round, transporting rail freight and passengers across Lake Michigan to the Wisconsin ports of Manitowoc, Milwaukee, and Kewaunee. The 410’ sister ships, S.S. Spartan and S.S. Badger, launched in 1952 and 1953, were the last — and largest — coal-fired, steam engine car ferries built in the United States

As the efficiency of railroad service around Lake Michigan improved, the C&O found it was no longer profitable to transport rail cars by ship. The company was granted permission by the Interstate Commerce Commission to abandon cross-lake routes beginning in 1980. The fleet’s three remaining ferries — City of Midland, Spartan, and Badger — were sold to two Ludington businessmen. Their private venture, the Michigan-Wisconsin Transportation Company, continued to focus on rail freight, but the steady decline in business forced the company to cease operations in November 1990. Railroad car ferries were no longer viable, and the three ships seemed destined for the scrap yard. 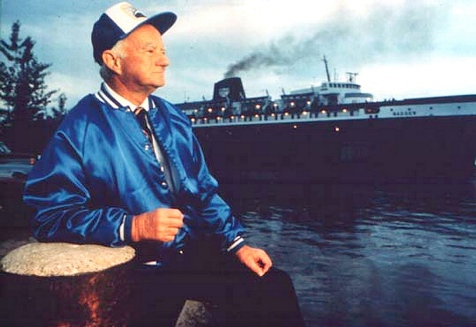 In 1992, Charles Conrad — a Ludington native and retired entrepreneur — purchased the City of Midland, Spartan, and Badger and formed Lake Michigan Carferry Service. Conrad knew how important the car ferries were to the local economy, and he wanted to see them sail for another hundred years. He invested his own money to create a new life for the S.S. Badger, transporting leisure travelers, their vehicles, and commercial trucks between Ludington and Manitowoc. Having proven that the Badger could be resurrected with a new mission, Conrad sold the company in 1994 to Bob Manglitz, Jim Anderson, and Don Clingan to carry on the tradition of car ferries on Lake Michigan. To view more of Charles Conrad’s legacy click here 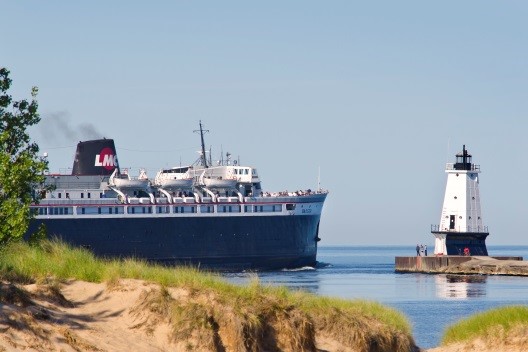 In 2015, working in conjunction with the United States Environmental Protection Agency, and the Department of Justice, a highly sophisticated coal combustion system and ash retention system were installed, the first of its kind. The new system allows the ship to be more efficient – burning less coal and generating less ash. The retained ash is now being recycled into cement. To view a detailed editorial on the ash retention system onboard the BADGER, please visit: www.greatlakes-seawayreview.com 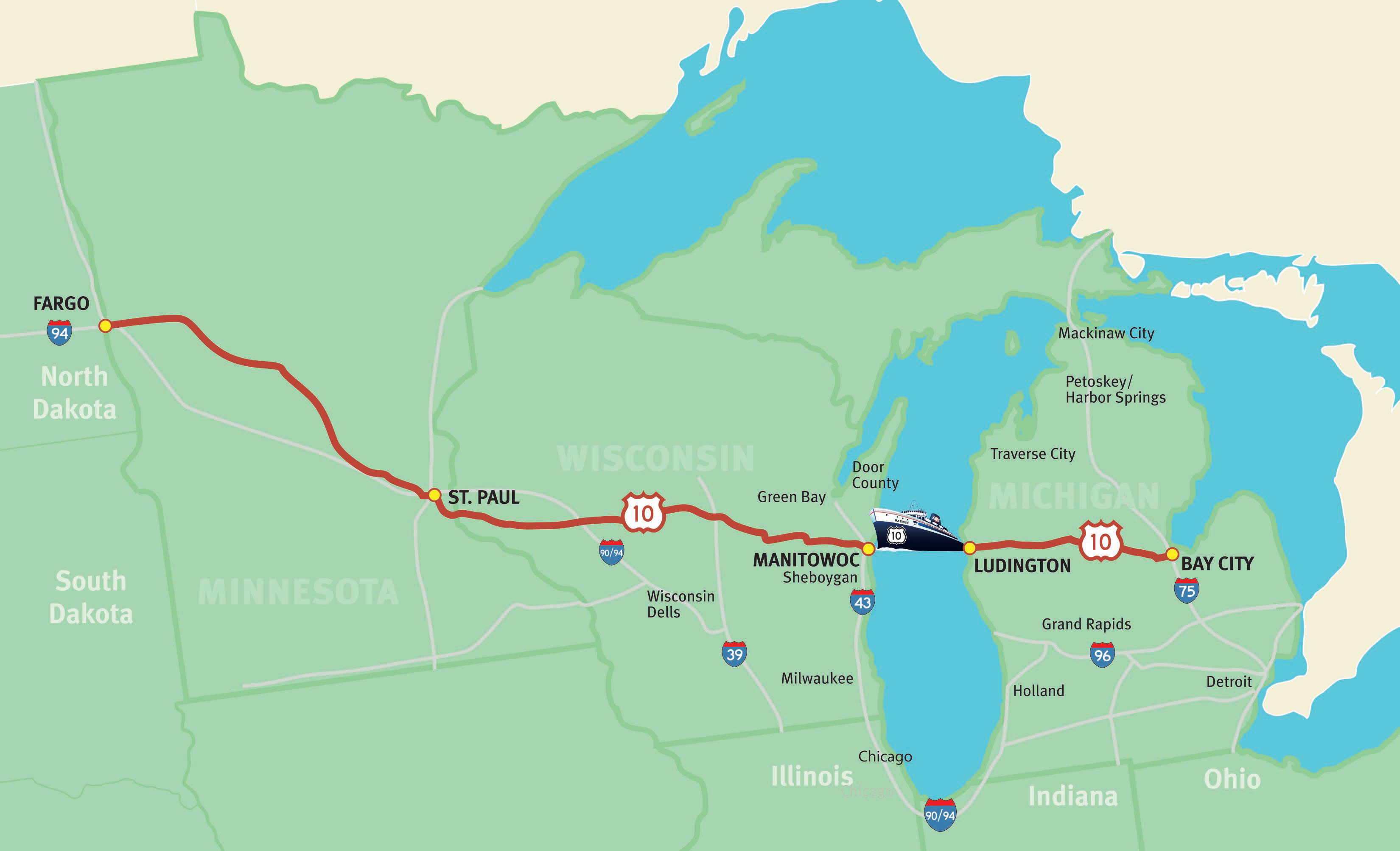 The US Department of the Interior Designated the SS Badger (Car Ferry) as a National Historic Landmark on February 18, 2016. The designation recognizes the Badger's exceptional value and quality in illustrating an aspect of American transportation technology in the mid-twentieth century.

The SS Badger is the last remaining example of Great Lake rail/car ferry design that influenced the design of such ferries around the world and is the last Great Lakes car ferry to remain in operation. For nearly a century, railroad car ferries extended rail lines across three of the Great Lakes, especially Lake Michigan. National Historic Landmarks (NHLs) are historic resources that illustrate the heritage of the United States. NHLs come in many forms: historic buildings, sites, structures, objects, and districts. Each NHL represents an outstanding aspect of American history and culture. 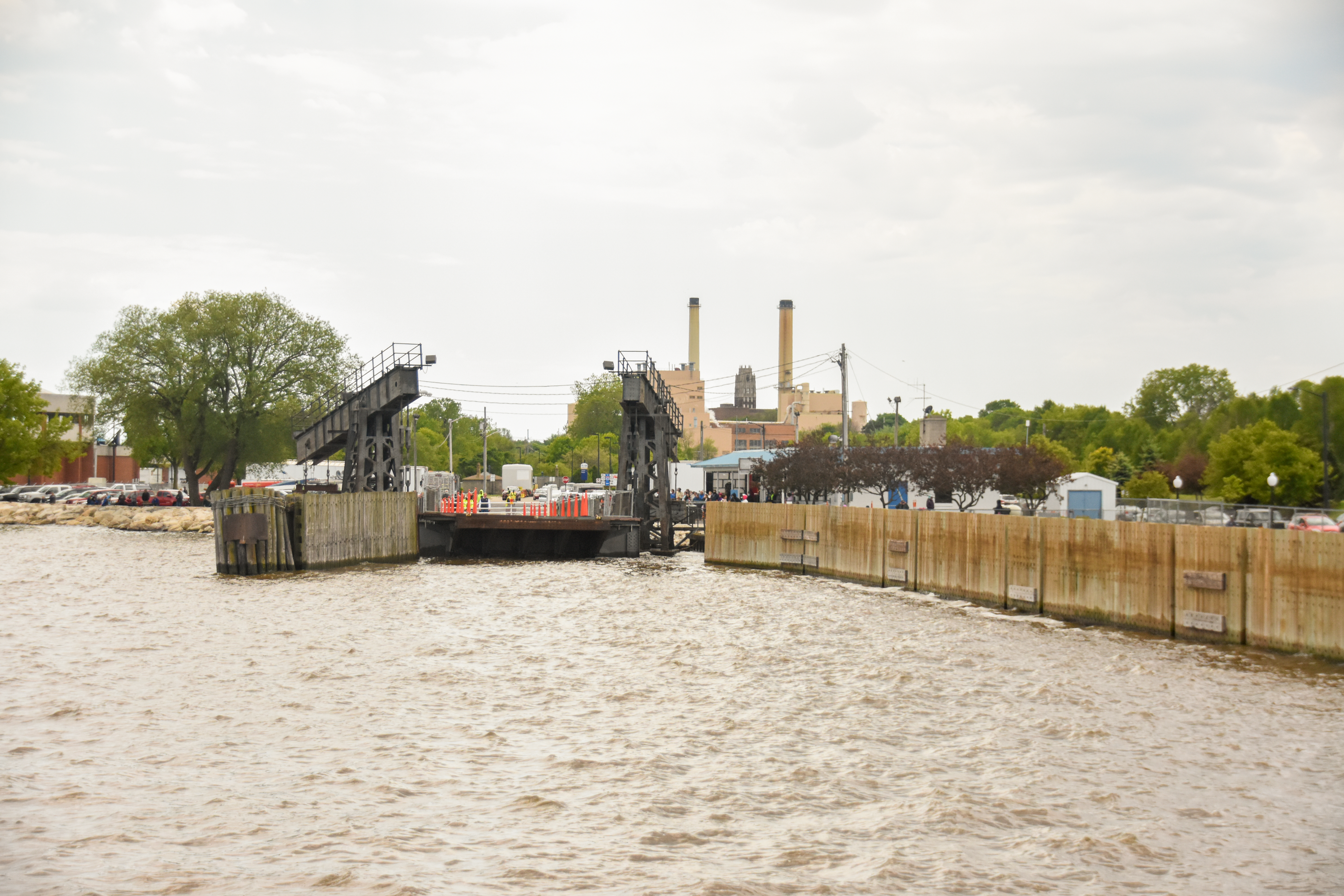 This project was made possible by a federal FASTLANE grant (Fostering Advancements in Shipping and Transportation for the Long-term Achievement of National Efficiencies) in the amount of $5,000,000.

At the dock in Ludington, a new ticket office started taking life in the fall of 2019. The previous structure, which was meant to be a temporary building, was more than 80 years old. With the rising water levels and flooding issues, it was time to build a new Ticket Office with a higher base threshold. The new ticket office is in the same location as the previous structure and is smaller in size, but includes a gift shop and office space.

The S.S. Badger, along with the Pere Marquette 41 and its tug, Undaunted, sold to a family-operated shipping company based out of Middleburg Heights, Ohio.  Interlake Holding Company announced the purchase of Lake Michigan Carferry Company and Pere Marquette Shipping Company on December 30, 2020. The acquisition signals the creation of a new business entity, Interlake Maritime Services, which will manage the new businesses along with The Interlake Steamship Company and its fleet of nine freighters.

“This is an exciting day for us and we are thrilled to be welcoming new employees into our Interlake family, new vessel lines into our Great Lakes operations, and new customers and cargoes into our portfolio of business,” said Mark W. Barker, president of Interlake Holding.

Interlake Holding is owned by a pair of families, the Barkers and the Tregurthas, Mark Barker said.

“We’re two families that own several maritime businesses,” Barker said. “Paul (Tregurtha) and my dad have been in business together over the years, and in 1986 they came together and started to work together in a private company to form Interlake Steamship. We own a tug-barge and there’s a ferry boat business owned by our families together.”

Interlake has a 130-year history on the Great Lakes, though the name of the company and the owners changed during its lifetime.

2002: BADGER in named Ship of the Year by the Steamship Historical Society of America.

2009: BADGER is placed on the National Register of Historic Places by the U.S. Department of the Interior

2015: BADGER is designated as the Continuance Route of the US 10 Highway System between Michigan and Wisconsin

2016: BADGER is designated as a National Historic Landmark by the Department of the Interior. More info here.